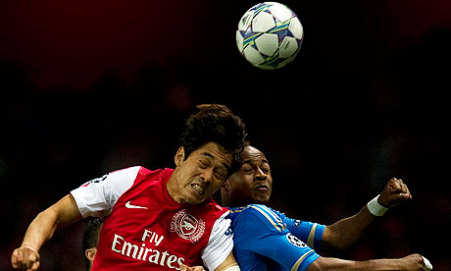 For only the third game this season, Arsenal shot blanks and failed to find the back of the net. The scoreline did not reflect the nature of the game as we could have won by at least 3 goals with poor finishing & lack of sharpness to blame.

Arsene Wenger chose to rest RVP and Koscielny for Vermaelen & Park with Jenkinson also coming in for Djourou, those were the only changes. The game started off slowly, we kept giving away possession and Marseille spent the better part of the first 10 minutes in our half with nothing to show.

We gained a foothold just after that, with Ramsey and Gervinho posing serious threats with their pace & passing. Ramsey had the chance to put us ahead but held back on the pass to Park and ended up wasting it. Walcott was also set free by Gervinho and Marseille had the goalkeeper to thank after turning it round the post. The half time whistle came and just before that, Gervinho shot at the goalkeeper.

For all of the speed carried by the oppositions attackers they couldn’t make it count. Santos was having a mixed game, poor at the back, excellent going forward. Gervinho full of energy, Arteta ever so careful. The back four rarely untroubled and Vermaelen looked solid, Jenko too. Despite making changes and introducing RVP, Rosicky & Arshavin, we still lacked sharpness but credit to Marseille, they got what they came for.

On the plus side, coming away with the draw meant we still top the group and are on course to qualify and the unbeaten run is still on.

Positives
Good to see Vermaelen back, he did not look out of place, won his tackles, defended well and organized the defence.

•Jenkinson defended well and Song had a solid game. Gervinho is beginning to settle well and improving his range of passing.

•Walcott might be on-and-off offensively, but in the past few games, his defensive input has been solid, the highlight was when Santos lost the ball on the left and Marseille broke with speed, Theo sped back all of 70yards to cover for him. Great stuff.

Do have a great day. Cheers

We play Bolton at The Emirates later today in a Carling Cup 5th Round encounter. This game comes off the back of a good weekend for us, a successful weekend in all ramifications.

L’pool drawing at home to Norwich was good news, getting all 3 points against Stoke was great, United getting thumped at home (even though it was by another of our rivals) was even sweeter, then Chelski losing at QPR put the cherry on the cake.

We seem to have built some momentum now, and having 1-6 [I just had to -;)] in 7 games, we are currently 4th on the form table, ahead of Man United, Chelsea and L’pool! Not bad considering we are “a club in crisis”.

Tonight’s game brings good news! The Verminator who has been training with the lads for some time now (his twitter account, @T_Vermalaen05 says so) is expected to make a return to the team. This is the biggest boost we’ve had since the start of the season. And with our defence improving steadily, Vermaelen’s return will only make us stronger.

He’ll most likely partner Mert4, with Kos getting pushed to RB. It will however be interesting to see how we line up when Sagna returns. Were I Arsene, I’d play Verm-Kos against fluid, “football-playing” teams, and play Verm-Mert4 against the physical sides. Makes a lot of sense to me, but what do I know?

The likes of Miquel, Benayoun, Fabianski, Oxo-Chamb, and Ju Yong Park will get a chance to lay claim to starting berths.
Park in particular will show how bad he is that Wenger has refused to give him even one minute of EPL action! Oxo will like to make his case for a slot on the right wing ahead of Theo, while Fabianski will be eager to show Wenger why he should start instead of Sz13.

It’s the Carling Cup, we are on a good run, the fans are happier, and the tickets are cheaper, so I expect an almost full house. Bolton is the opposition and as such I do not envisage an easy game. A win, and I mean any win that will take us into the quarter finals will do just fine!

If had to put my allowance on the line though, I’d go for a 2-1 win…to the Arsenal of course!

As usual, let us know what you think concerning tonight’s game. 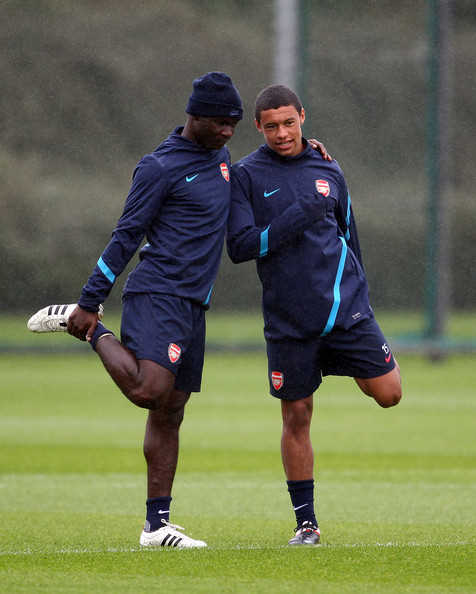 If there were any perfect game for the club to use as a springboard to better performances, this is it right here. Nothing less than a 3-0 scoreline or 3 goals difference is expected. This is not a league game so hopefully the league form is not carried into the game.

Not the best of mornings for me, it rained all night and it still is meaning I’m stuck at home till it stops and then to make it worse, my favorite rapper’s(J.Cole) album leaked a week before its original date(damn! Cole World) but I trust Arsenal to make that all right against the boys from league two.

Team News
AW confirmed yesterday that there’s going to be first starts for summer signings AOC, Ryo Miyaichi and Park Chu Yung, but its not going to be a weak squad as the likes of Koscielny, Mertesacker , Chamakh, Gibbs are in it.

If anything, I’m excited to finally watch AOC play, he’s our biggest signing this summer in terms of fees and he’s been in electric form for the England U21’s bagging 6 assists in 2 games, fancy he could grab a couple again tonight.

Shrewsbury should be a walkover but don’t expect them to come to the Emirates and fold, as they are a good footballing side who move the ball well and make use of their fast & exciting wingers. Also, striker Marvin Morgan has already scored 7 league goals this season so expecting him to be looking for more.

Let us no what you think the scoreline would be. See you in the comments.